This year’s sign language calendar focuses on teaching signs about various aspects of the United States of America. Most of the pages feature additional information about the month’s topic or theme to add extra teaching opportunities. January 2017’s theme is The Executive Branch. 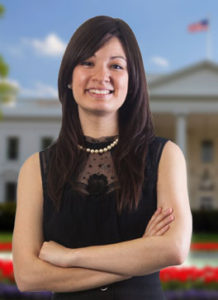 Leah Katz-Hernandez is a Deaf, Latino woman who attended Gallaudet University in Washington, D.C. and became the first Deaf Receptionist in the West Wing in 2012. She said, “I believe my story sends a good message about the abilities of people who are Deaf and Latino to be successful anywhere.”

You can order 2017 America the Beautiful calendar here.

Get in touch with us for Sign Language curriculum and education resources.